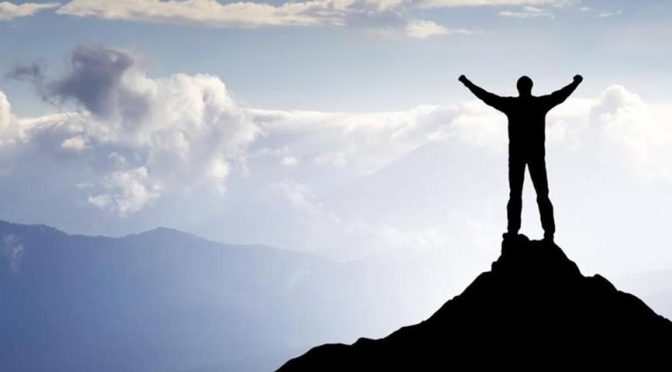 ORLANDO, FL, USA, 2019-Mar-21 — /EPR MANAGEMENT NEWS/ — Project management magic is certain to take place when two industry leading agile coaching and consulting companies join forces to bring world-class services to organizations of all sizes and types. AgileDad founder and president, V. Lee Henson explains, “Our partnership with ClarityMinded Consulting is nothing less than a perfect match. This agreement allows us to work even more closely with existing and new clients to provide both technical and non-technical agile project management solutions.” As agile project management continues to prove itself to be the premier solution for all types of products and projects, organizations are saving money by building the right high quality products and services to meet the ever-changing needs of their end consumers. Chuck Ludwigsen, founder of ClarityMinded Consulting adds, “Lee Henson and his team at AgileDad set a new bar in equipping individuals and teams to succeed in the agile landscape. We are honored to partner with him as together we empower business professionals to grow and learn.”

Agile project management allows companies to gain better focus on what not to build, thereby affording the chance to have the most qualified teams swarm to limited work in progress and create an expedited feedback loop with the consumer. Business and technology concepts merge using short iterations to accelerate work from ideation, to discovery, delivery, and ultimately release. Alignment of business strategy, customer needs, and relative complexity work item estimates creates an environment helping organizations reduce time to market and focus on building the best product or service solution. Furthermore, agile project management solutions have proven to be an effective way for companies to see substantial cost savings by creating an organizational culture and mindset where innovation is encouraged and the fear of failure is diminished. This leads to innovative solutions at a much lower cost. While Agile is not the silver bullet, one size fits all solution, organizations that embrace the framework can incrementally improve business processes over time and wind up with their own internal agile center of excellence.

AgileDad is proud to provide coaching and training solutions for forty-four of the Fortune 100 companies in industries including: marketing, public relations, entertainment, medical, insurance, banking, finance, investment, retail, government, and technology. Our humanized approach to work and pragmatic approach to process has proven to be a model for long term product and project management success. For more information regarding training and coaching solutions for your organization, feel free to email LearnMore@AgileDad.com.

Manchester based Citation has appointed Chris Morris to be its new Chief Executive Officer.

The appointment follows the recent purchase of Citation by ECI Partners. Chris Morris will join

Citation on 18th March from LateRooms.com where he is currently Managing Director.

Citation chairman, Andrew Vaughan, commented “The board are delighted that we have been able to secure Chris Morris as CEO. Chris has done an incredible job at building the LateRooms.com brand over the years and is a well respected professional. The board are looking forward to working with Chris and his contribution to Citation’s future.”

Speaking about his appointment Chris said “It is an exciting time to be joining Citation as CEO. I am confident we can take Citation to the next level for both client acquisition and customer service. Citation has remained resilient during tough market conditions and is perfectly positioned for future growth. I can’t wait to get started!”

Parallel Project Training, an innovative new specialist training provider in APM project management training and APMP certification, has launched its new APMP distance learning package for just £300. Using the integrated Parallel Learning System students will be able to study for the APM project management qualification from their own home or office and at their own pace. The course is ideal for busy project managers who may be unable to devote five consecutive days out of the office for important APMP training.

The Parallel Distance Learning Package offers a practical approach to project management and is the perfect complement to PRINCE2. It offers an unparalleled range of distance learning materials such as the APMP Distance Learning study guide with high quality figures, sample exam questions and hints and tips on how to pass the exam. MP3 podcasts covering all the important topics included in the exam available from the Parallel Project Training website or iTunes. There is also a series of interactive exercises and quizzes with online tutor support available through the Parallel community of practice, an online moderated forum offering support, advice and guidance on the APMP syllabus.

The course is broken down into eight modules, which are consistently approached across all the material. These include:

• How to Pass The APMP Exam

• People and the Profession

Due to the continued excellent feedback from customers about the flexibility and wide range of learning materials, Parallel Project Training has introduced its Distance Learning Package as part of its continued focus on providing accommodating and cost effective APM training. The package uses interactive flash technology to bring the learning to life and follows the same structure as the APMP syllabus.

Lindsay Scott, Director of Arras People said this of the Distance Learning course; “We’ve been trialling the course over the past few weeks and it’s an excellent course for a project management professional to undertake. The study guide, podcasts and the online module system are straightforward and easy to use. The support offered through the online forum is also important for those times when assistance is needed from a distance”.

Parallel Project Training has just been awarded accredited training provider status by the Association for Project Management. This has followed an intense period of development by the founding directors and Parallel’s professional pool of partners, associates and consultants. Parallel will now be able to offer the APMP qualification and a wide range of innovative learning solutions using a wide variety of different formats.

Project Management (APMP) Study Guide on Amazon
It’s a course in a book, designed to help individuals preparing for the APMP qualification, fully aligned with the APM Body of Knowledge including numerous exercises, case studies, mini quizzes and opportunities for reflection on practice in their organisation. Readily available on www.amazon.co.uk for £47.

Parallel Project Podcast Channel on iTunes
Accompanying the study guide, there is a range of recorded pod-casts. These are in a number of different discussion, documentary, round table and narrative formats but are designed to integrate closely with the study guide. You can study as you go. They are available free of charge in MP3 format from the Parallel web site or via iTunes.

Launched our Website and Public Training Courses
Everyone loves our website, with its on-line e-learning, community of practice and exam preparation forum. Dates for our public training courses are easy to find on the home page. For corporate clients with groups who require a training course parallel offer transparent pricing on all our courses directly on the website removing the need for lengthy negotiations and tendering.

Launched the online community of practice
Primarily a moderated forum, Parallel delegates have the opportunity to interact with the tutors and their fellow delegates on the moderated forum to enhance their learning breadth and depth. With the ability to have questions asked and any exam question attempts marked this forms the core of Parallel’s approach and underpins the company strap line “were with you all the way”.

Paul Naybour, Business Development Director of Parallel Project Training said “We are proud of our new innovative approach to project management development we think it represents a significant step forward in widening access to project management development”. “The tight integration between all of our learning media should increase the flexibility and accessibility of our training” said John Bolton, Programme Development Director of Parallel Project Training.

Jumeirah, the Dubai based-luxury hotel company, has been appointed by GT Land Holdings Limited to manage a luxury hotel in Guangzhou, China.

The 200 room, five star luxury Jumeirah Guangzhou Hotel is scheduled to open in 2011 and will be located in the centre of the New Pearl City Tian He District, Guangzhou’s premier, rapidly growing commercial city centre.

The Jumeirah China Guangzhou Hotel will feature a sky lobby, elegantly appointed guest rooms, distinctive dining concepts and Jumeirah’s own luxury Talise Wellness spa – all situated on the top floors of the 50 storey GT Land Plaza, with commanding views of the Guangzhou city centre. Facilities at the new hotel are set to include restaurants, bars, a swimming pool and fitness centre as well as access to luxury boutiques.

“It is a great honour to have Jumeirah involved in our project in Guangzhou,” said Mr Su Meng, president of GT Land. “The management of the hotel by Jumeirah will greatly raise the hospitality standards in China and help people better understand the concept of luxury hotel.”

Gerald Lawless of the Jumeirah Group echoed Mr Su Meng’s comments, saying; “We are very pleased to have been selected as the management company for the operation of this luxury hotel. China is a fascinating country and one of the world’s fastest growing markets. Today’s announcement is very important for Jumeirah and we are delighted to being our “Stay Different” promise to Gunagzhou.”

About Jumeirah:
Jumeirah properties are regarded as among the most luxurious and innovative in the world and have won numerous international travel and tourism awards. The fast growing Dubai based luxury international hospitality group encompasses the world renowned Burj Al Arab, the world’s most luxurious hotel, the multi-award winning Jumeirah Beach Hotel, Jumeirah Emirates Towers, Madinat Jumeirah and Jumeirah Bab Al Shams Desert Resort & Spa in Dubai, the Jumeirah Carlton Tower and Jumeirah Lowndes Hotel in London and the Jumeirah Essex House Hotel in New York.

EPR Management News is a new blog, part of EPR Network, that is going to be focused on and will be covering the management news and stories from press releases published on EPR Network.

EPR Network (EPR stands for express press release) is one of the nation’s largest press release distribution networks on Web. The EPR’s nationwide network includes 12 State based PR sites, one major PR forum and a number of industry specific PR blogs and what started as a hobby on Internet years ago turned out to be a rapidly growing business today. EPR Network is also known as one of the most trusted (human optimized, published, edited and monitored, spam/scam/low quality PR content free) PR sites on the web with more than 10,000 company and individual press releases distributed per month. EPR Network is putting your press releases on top of all major search engines’ results and is reaching thousands of individuals, companies, PR specialists, media professionals, bloggers and journalists every day.

EPR Network has thousands of clients around the world including global 500 corporations like Hilton Hotels, Barclays Bank, AXA Insurance, Tesco UK, eBay/Skype, Emirates, just to name a few. The network’s PR web sites are currently reaching from 150,000 to sometimes 500,000 unique visitors per month while our viral reach could possibly go to as much as 1M people per month through our presence across various social media sites. EPR Network was established in 2004 and as of May 2008 it had more than 800,000 press releases (pages) published on its network.